Image by Alexas_Fotos from Pixabay 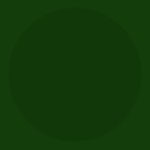 Calling all citizen scientists: contribute an anonymous photo of your bowel movement to help build the world’s first and largest poop image database.

Do you remember what your last bowel movement looked like? If the question sounds strange to you, you’re probably not one of the 68 million Americans suffering from chronic constipation, or one of the 25-45 million with irritable bowel syndrome (IBS).

For those living with a digestive disease — the National Institutes of Health (NIH) estimates there are 60 to 70 million in the United States alone — peeking into the toilet bowl is as commonplace as checking Instagram. For the rest of us, the practice borders on the taboo.

"#GiveAShit," the latest citizen science initiative from Seed, wants to change that.

“Your poop is a goldmine of data,” explains Ara Katz, co-founder and co-CEO of the microbial sciences company. “Every aspect of it, from the size and shape to the consistency and frequency, speaks volumes about the state of your digestive system. From a health perspective, it is incredibly valuable.”

The problem, according to Katz, isn’t just that we’re afraid to talk about this ‘data.’ It’s that we don’t know how to read it in the first place. “What we eliminate is one of the most important biomarkers of our gastrointestinal and overall health,” she continues. “We all need to pay closer attention to it.”

Fortunately, there’s an "app" for that.

This is the Bristol Stool Chart (BSC). Developed by Dr. Stephen Lewis and Dr. Ken Heaton at University Department of Medicine, Bristol Royal infirmary in 1997, it is a universal classification system for human feces. Consider it a decoder for your toilet bowl—and for your GI tract.

According to the scale, your poop should ideally be a type 3 or 4 — expelling easily, in a singular sausage or snake like shape; not too watery, not too dry. If you’re on the lower end of the spectrum (1-2) you’re likely constipated. If you’re on the higher end (6-7) you’re probably dealing with diarrhea.

One or two days of abnormal bowel movements is normal, even common. It’s not until irregularity becomes a pattern that medical or nutritional intervention is needed. Of course, pattern recognition requires regular monitoring over a long period of time—a tall order for the average person, especially when it comes to poop.

That’s where auggi comes in.

Born out of Cornell Tech and Harvard Innovation Labs, auggi is a personalized digital assistant for gut health. According to Alfonso Martinez and David Hucheul, the (human) brains behind auggi, it uses the power of data and artificial intelligence to identify connections between patients’ triggers and symptoms.

“Everybody poops,” Katz says. “Which means anybody can make a meaningful contribution.

“If we can train auggi to identify stool samples using the Bristol Stool Chart, we will have built an incredibly useful, not to mention accessible, tool for people all over the world,” Hachuel explains. “Easier said than done, of course. For an AI to master something, it must repeat the task many thousands of times.”

That’s where your poop comes in.

Turns out, training an AI to classify stool samples using the Bristol Stool Chart is much harder than it sounds. Martinez, Hachuel, and team have already constructed 30,000 clay models of poop to get auggi started. To take the technology to the next level, they must begin training the AI using images of real bowel movements—from real humans.

The company estimates it will take 40,000 photos to make the AI ‘smart’ enough to be valuable to patients. That’s why auggi has teamed up with Seed — one of the most innovative companies in the probiotics space — for their first citizen science initiative. They’re asking curiosity seekers all over the world to contribute an anonymous photo for science.

“Everybody poops,” Katz says. “Which means anybody can make a meaningful contribution. That is citizen science at its best.” Artificial intelligence promises to play a significant role in the future of healthcare, and the quickest way to improve the technology may just be to tap into the power of the people. Indeed, companies like Apple have already joined the fray.

The human body is a walking, talking collection of invaluable data points. Countless lives have been saved by measuring and testing traditional biomarkers like blood, urine, and the electrical impulses of the heart. W shouldn't then treat our "waste" as, well, waste. If Seed and auggi’s effort to destigmatize poop is successful, it may inform technologies and interventions that could improve the health of millions of people.

In other words, there are plenty¹ of reasons to #GiveAShit for science.

Even cities have their own unique microbiomes

That stinky armpit smell? It's not you, it's your microbiome

Cats communicate with the help of bacteria living in their butts

It's time to track city sewage for emerging diseases, not just COVID-19

Instead of a colonoscopy, a new screen tests poop for colorectal cancer-related bacteria

How safe is the DNA in your poop from unwanted snooping?

The next therapeutic frontier may be in your gut

What can ancient dog poop reveal about an ecosystem?

These uses of poop for protection are stranger than fiction

Turn your poo blue (for science) in the #BluePoopChallenge

Low-tech scientists are using their eyes, ears, and intuition to make important discoveries